Extreme temperature drop in China: from 40°C to 12°C was recorded in 24h 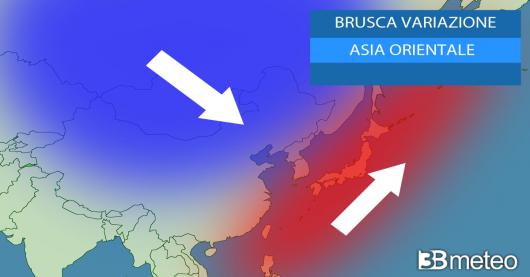 The last few days a severe heat wave had hitted China with maximum temperatures reaching 40-41°C in many areas. On Monday, Shanghai went through its hottest day in October in 150 years. The maximum temperature observed at the Xujiahui Weather Station reached 36°C. A new record was made in October for the city, breaking the previous one of 34°C on October 2 in 1984.

Weather historian Maximiliano Herrera described the October heat in China as “catastrophic and unprecedented” on Monday night. He wrote on Twitter: “40.9°C at Qingyang beat the national monthly heat record again, 12 provinces and 470 stations (including Shanghai) pulverized their records, in some cases even by 4°C-5°C and even above their September records. Mind-blowing heatwave.” This heat wave is coming after a severe heat wave which took place during August. A yellow alert was issued on Sunday for many regions including Anhui, Hubei, Hunan, Guizhou and Chongqing, while an orange for drought for much of southern China.