Flooding and evacuations in Sarajevo, heavy rain in Bosnia 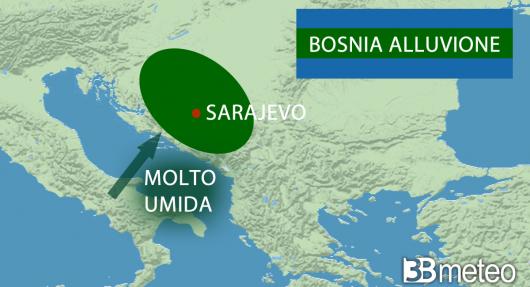 Flash floods due to heavy rainfall occurred in Bosnia where many families were evacuated from their homes. A nursing home for the elderly has also been cleared. Also involved the capital Sarajevo where numerous houses and commercial activities have been flooded; the city also ran out of electricity for several hours.

Several cities along the country’s largest river, the Neretva, have been hit. The intense rainfall that will continue over the weekend raises concerns about the repetition of the record floods that affected about a third of the population in 2014.

The Balkans have been affected by an intense wave of bad weather since Thursday caused by a stationary front fed by a very humid air mass of sub-tropical origin.