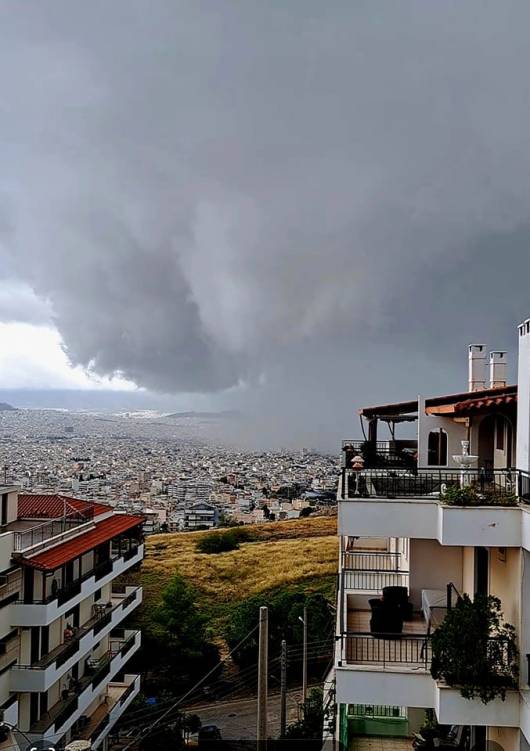 A low pressure system, named Eva, has been affecting Greece since yesterday, bringing severe weather across the country. Eva originated in the Atlantic Ocean during last week and brought severe weather in the UK and central Europe, while between Friday and Sunday, mostly, was affecting Italy bringing unstable weather conditions. 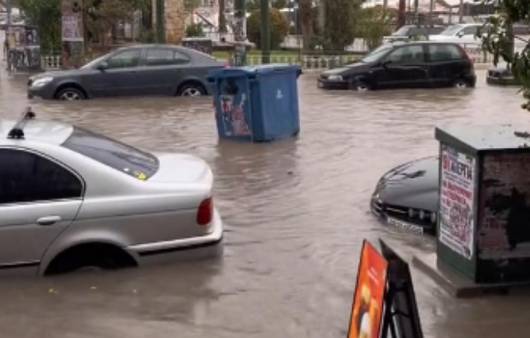 Eva, has started affecting Greece from Saturday, as the low pressure system was traveling southeastwards across Italy and the Adriatic Sea, but the most unstable weather took place on Sunday as the center was crossing the country spreading heavy rain and scattered thunderstorms, resulting to flash flooding and destructions locally. According to the National Weather Observatory of Athens (meteo.gr) accumulation rates reached 87mm in Kerasia (Pella), 78mm in Asteri (Lakonia), while in many cities the accumulation rates reaches 50-60mm resulting in flooding, also due to poor urban drainage basins and lack of vegetation in the cities.

Western Attica, the region of Athens, was one of the most affected areas due to the close passage of the low pressure system and the southern winds which empowered with humidity the region. According to the National Weather Observatory of Athens (meteo.gr) accumulation rates reached 62mm in Elefsina with the rain rate reaching 576mm/h, which brought flash flooding in a few minutes,  while 45-55mm in many city centers of western Attica. The heavy rainfall was accompanied by strong winds which according to the National Weather Observatory of Athens (meteo.gr) 124km/h in Karysto, while 80-100km/h across many cities of Athens. Rain rate was really high in most cities of Athens with rain rates reaching even 200-300 mm/h, while in a few minutes streets, basements and shops were flooded. Due to rain accumulation, traffic was halted in several main roads in Piraeus, the port of Athens. Many shops closed due to the severe weather, while the government warned that residential movements must be limited in Athens.

Three waterspouts was also spotted in the Saronic Gulf, the Gulf of Pireaus, while one was strong for a few minutes and was noticed close to Isthmia.

The storm was severe but fortunately had a small duration due to the strong winds which drift it eastwards. As Eva continued to travel to the east it brought severe weather conditions also to Cyclades and Crete, causing local power outages. Tonight is already affecting Cyprus, Lebanon and Syria.